IODP Expedition 386 Special Call for a Geochemist and a Microbiologist
The IODP-China Office is seeking two Science Party positions for IODP Expedition 386（Japan Trench Paleoseismology）: a geochemist and a microbiologist to take part in Expedition 386 for both the offshore phase and the Onshore Science Party (OSP). The offshore phase to run from late April to early June 2021, and the OSP on board Chikyu in a port in Japan from mid-October 2021 for a maximum duration of 4 weeks. For the geochemist position, we seek either an organic or inorganic geochemist who is available to participate offshore to assist with pore water acquisition and initial offshore analysis (alkalinity [pH], ammonium, and salinity). Their personal sample request and research focus does not necessarily need to be pore water focussed. 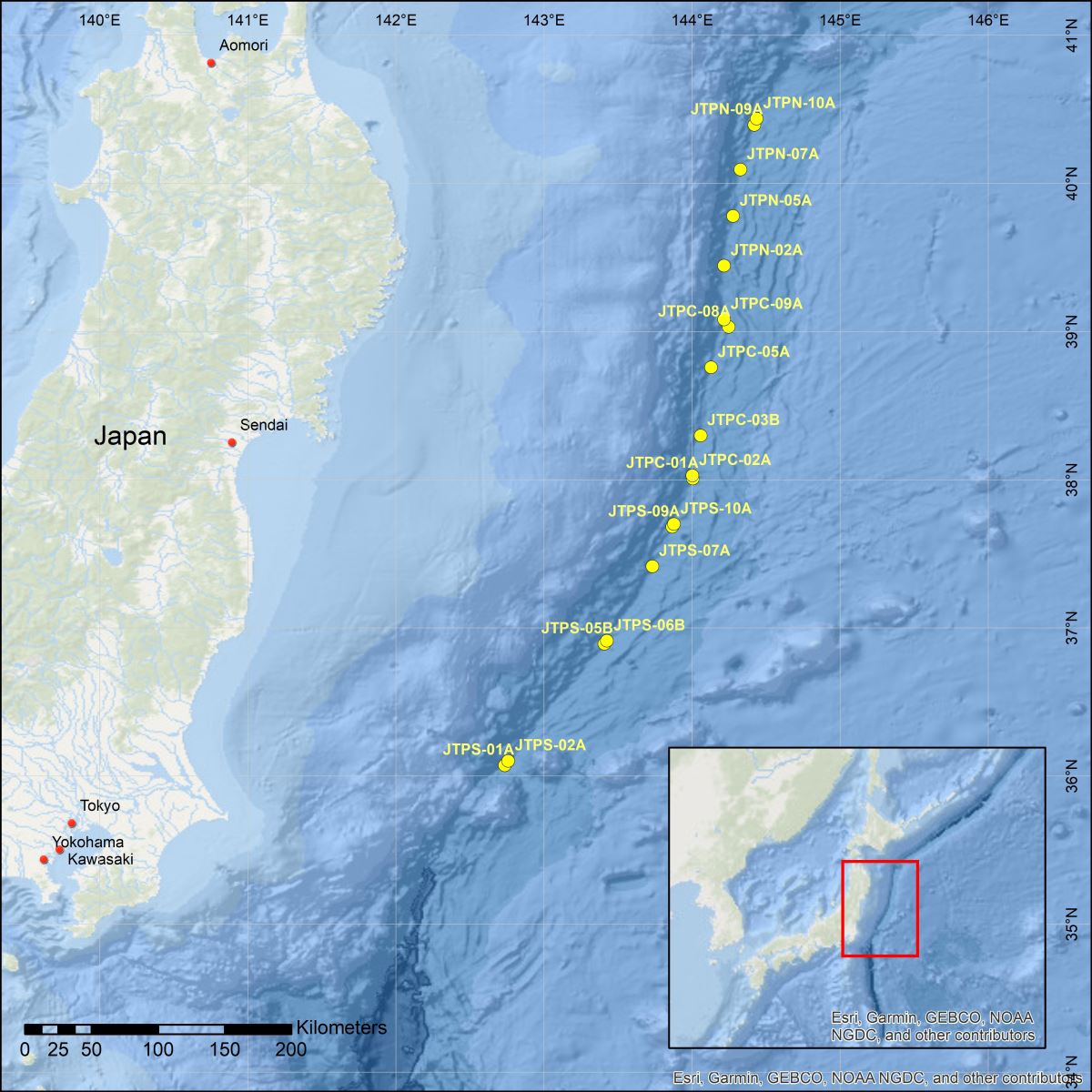 Expedition 386 aims to test and develop “submarine paleoseismology” in the Japan Trench, a
promising approach that overcomes the limitations of short historical and instrumental records
in revealing earthquake maximum magnitude and recurrence. Examining prehistoric events
preserved in the geological record is essential to reconstruct the long-term history of earthquakes and to deliver observational data that help to reduce epistemic uncertainties in seismic hazard assessment for long return periods.

Expedition 386 will adopt a multi-coring approach using a mission-specific platform equipped
with a giant piston corer to sample the shallow-subsurface at up to 40 mbsf to recover the
continuous Upper Pleistocene to Holocene stratigraphic successions of trench-fill basins along an
axis-parallel transect of the 7-8km deep Japan Trench. The cores from 18 proposed primary
MarE3 (and/or 13 alternate) sites will be used for multi-method applications to characterize event deposits, for which the detailed stratigraphic expressions and spatio-temporal distribution will be analysed for proxy evidence of earthquakes.

Expedition 386 can potentially lead to a fascinating record unravelling an earthquake history that is 10 to 100 times longer than currently available. This would contribute to a tremendous advance in the understanding of the recurrence pattern of giant earthquakes and earthquake-induced geohazards globally.

The project has three major objectives:
1. To identify the sedimentological, physical, chemical, and biogeochemical proxies of event-deposits in the sedimentary archive that allow for confident recognition and dating of past Mw9-class earthquakes vs. smaller earthquakes vs. other driving mechanisms.
2. To explore the spatial and temporal distribution of such event-deposits to investigate along-strike and time-dependant variability of sediment sources, transport and deposition processes, and stratigraphic preservation.
3. To develop a long-term earthquake record for giant earthquakes.

The Co-chief Scientists for this Expedition are Prof. Michael Strasser (University of Innsbruck,
Austria) and Dr. Ken Ikehara (Geological Survey of Japan, AIST).

Dr. Shouting Tuo or Miss Zhaocy of the IODP-China Office